Bridging Nutrition And Western Medicine, The Shift That Changed My Life

Home/Posts/Uncategorized/Bridging Nutrition And Western Medicine, The Shift That Changed My Life
Previous Next

Bridging Nutrition And Western Medicine, The Shift That Changed My Life 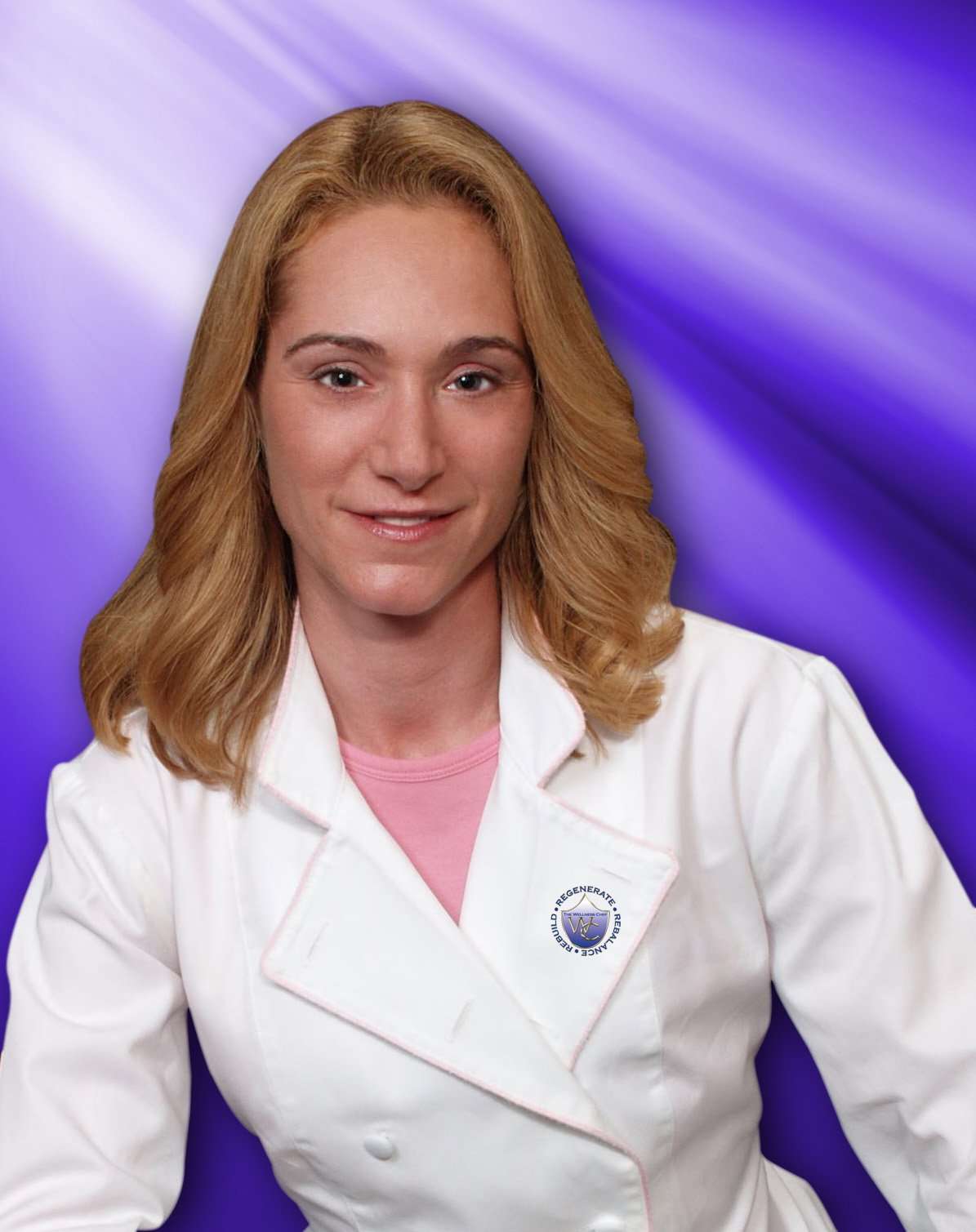 In high school, I instinctively understood and comprehended the complexity of the double helix, the building block of our genetic makeup. I was intrigued by how the arrangement of chromosomes and the genetic programming of our ancestors worked to help create who we are – not only physiologically and anatomically, but in behavioral ways, as well. Chemistry was another subject that just made sense to me. The Periodic Chart of Elements fascinated me with its dazzling proton, electron, and neutron combinations. I was also incredibly lucky to have my dad as a teacher twice, once for Advanced Placement Biology and for Chemistry. I grew up in a family that understood how the body worked and it was even part of our dinner conversations of a regular basis!

A few years later, I met my future husband, Adam. We graduated from Johnson & Wales Culinary University and began our careers as chefs. I had quite a few mentors that guided me on my culinary journey across the United States, but one chef in particular was always so patient with me. He would listen and answer my questions regarding anything edible, from seed to sow.

Chef Victor Pisapia was an English teacher prior to becoming a chef. He advised me to “read, read, read” to find the answers to my questions, and then he would put me to the test in the kitchen with my newfound knowledge. Not only did I get a chance to try out what I had learned, but his willingness to support my culinary trials and errors also helped to profoundly shape my culinary career through food science.

Adam and I married just a few short years into our careers, and life was grand. As chefs, our kitchen was always entertaining as we tossed ideas off of one another in rapid-fire succession, and still do even today! We traveled the United States extensively, all the while continuing to study, train, manage, and operate many award-winning restaurants, as well as own a high-end, fine dining restaurant, The Furnace Restaurant, in Pennsylvania.

One weekend I took some time off and visited my parents. I mentioned that my back hurt and that I had this odd lump on my neck. I was also feeling tired and run down. I attributed this to standing on my feet for many long hours in the kitchen and to the fact I probably needed to buy a new pair of kitchen shoes. After all, I was only 23 years old. It couldn’t be more than that, could it?
My dad looked at the lump, and with a perplexed look on his face, he said, “Let’s get it checked out,” so off to the doctor we went. The test involved a complete physical, blood tests, and x-rays, which for me seemed routine since I really had never gone to the doctor for much of anything before this.

My doctor gave me no reason to be alarmed, so we went home and had dinner. Later that very evening I received a call from the doctor’s office with a diagnosis of late stage Hodgkin’s disease. My dad listened to me question the doctor, and before I hung up the phone, he had just disappeared. He was nowhere to be found. I took a few minutes to digest the information I had just received about my health and to compose myself, and then went to find my dad. I found my rock, my educator, my daddy, in the basement on his hands and knees, weeping from the depths of his soul. My family all reacted differently. My mother was supportive, my father was broken, my husband was angry, and so was I. I was mad and defiant. No one was going to take me down, and I was ready to fight. I was also thinking “why me?” Not because I was feeling sorry for myself, but because no one else in my family had ever had cancer. It wasn’t in our genes. It didn’t make sense.

The months that followed were like a war zone.

My husband and I had just moved back to our home base on the east coast from New Mexico, and we were in the process of switching insurance companies when I was diagnosed with cancer. Due to the timing, we did not have insurance coverage when I most needed it. I called around to the many hospitals and doctors in our area, and I was told that without insurance they would not even consider treating me. I have never been one to take no for an answer. I simply knew I would find another way. But now I was feeling that my very survival was on the line, and without the help of a strong network, I was going to lose the battle for my life.

I had made some very strong connections through the many restaurant communities in which I had worked, so I made some call. Within about three hours, I had an appointment with an oncologist who was aware of my insurance issues. He knew of a treatment center that would take me as a patient. There was a catch though: I had to be willing to be a test patient (a guinea pig) for a new chemotherapy cocktail the facility was testing.

In the early 1990’s when I was diagnosed with cancer, there weren’t many choices about treatment options. It was still taboo to even consider an alternative form of treatment. The science just wasn’t there to support alternative treatments as a cure for my body’s compromised state. Nor was the term pro-active condoned in the medical world, aside from physical activity, so I reluctantly chose to endure six months of chemotherapy, guinea pig style, to “help” my compromised body turn itself around.

I was fortunate to have meet my oncologist, Dr.J. through my network and we bonded immediately. He was the “Judge Judy” of oncologists, meaning that he had a no-nonsense energy about him. He was accurate to a fault, but as Bugs Bunny might have said, “A little finesse from time to time wouldn’t hurt!” We shared some of the deepest moments of my life and career. We talked about food all the time, and he always patiently answered my many questions about food and healing. He had a deep respect for using foods to heal the body and encouraged me to be my own so-called food guinea pig and try various food combinations out on myself.

One day, as I got ready for a chemotherapy session, DR. J. startled me with a shocking statement. Hes said, “You know you’re f***ed right?”
“Huh?” I was flabbergasted at his language, considering where we were and that he was my father’s age at the time.

“Yeah, it’s a shame, poor kid.” He looked at me in a fatherly sort of way, and I had to fight the urge to yell at him. How could he say that to me? And he said it just as I was ready to begin a session of chemo, no less! Not used to hearing the F-bomb from my doctor, he really got my attention.

Dr. J. continued, “Honey, it’s like this, you are more advanced as a chef than even you know yet. You are on an accelerated program of development for what is the most important medicine on earth – FOOD.” He went on to explain his beliefs about traditional medicine. He believed that it was being used as a Band-Aid, not a cure; and it is FOOD that will help turn a compromised body around to heal itself. He told me that I would not be able to get away with some of the mistakes that other people could. I would not be able to say that I didn’t know better, because I really did, even if I didn’t consciously know it yet.

He then picked up the bags of chemicals that were to be administered to me that day, laid them in my lap, and reminded me that this was the beginning of my fifth chemotherapy session. He asked me if he should continue with the chemo or not. It was at that moment that I realized he was encouraging me to be my own advocate, to make a conscious decision right then and there for myself. Which path I would choose… FOOD or CHEMICALS?

I survived chemotherapy (injections of lethal chemicals into my body including mustard gas, among others), operations, bone marrow testing, massive hair and weight loss (at one point I weighed only 65 pounds). My body was dying, but my mind said, “Use what you were taught and fight!”

So twenty-plus years ago, I threw the chemicals in the garbage can, went home and ditched the entire contents of my refrigerator and cabinets, and began to use food as a way to heal my body. Two months later, I found out that I was in remission. I contribute my remission to a combination of the partial chemotherapy treatment and the huge shift I made in my eating habits. I wholeheartedly believe I stayed in remission and never had a relapse due to the changes I made in my diet and lifestyle.

I will be forever grateful to Dr. J. for his blunt, “You’re f***ed!” statement. It is part of why I am alive today, and it is directly tied to the birth of Life Made Edible.

About the Author: Colombe

This site uses Akismet to reduce spam. Learn how your comment data is processed.