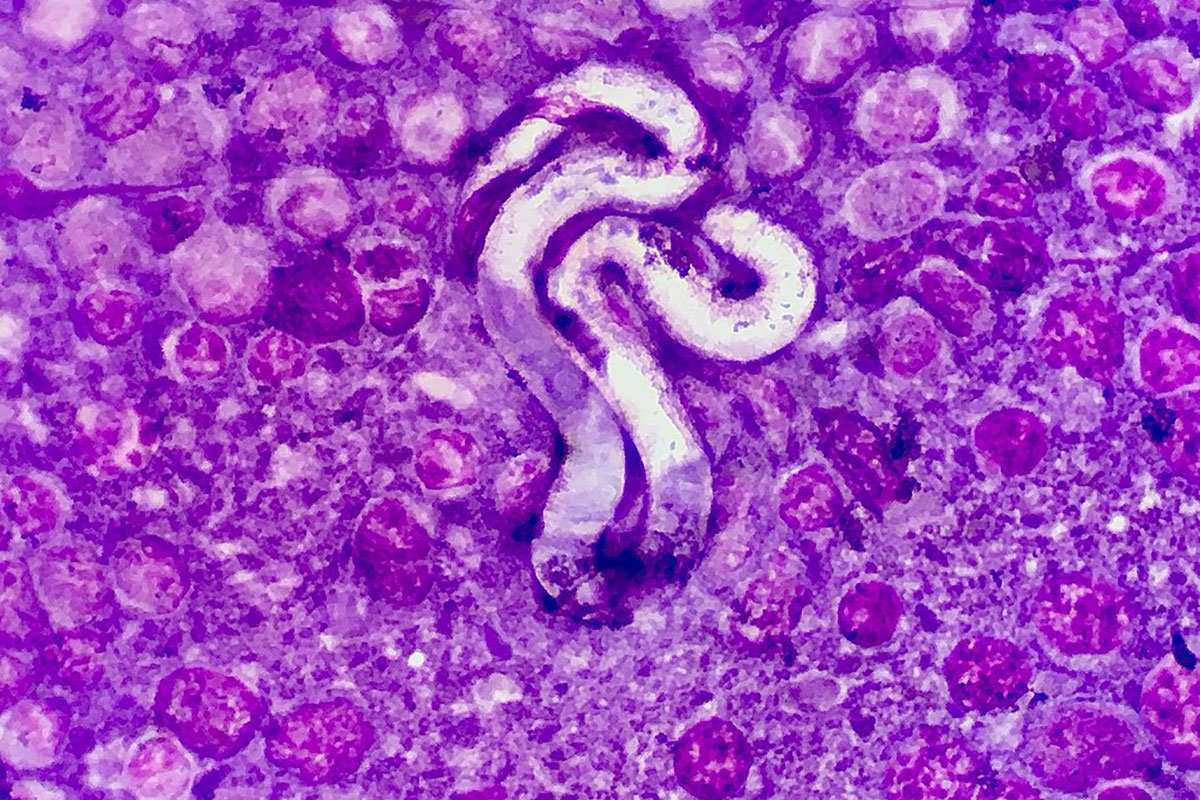 Parasites have far surpassed epidemic levels in the United States, with most sources estimating that a massive 85% of Americans have parasitic infections. Because of this, we recommend a parasite cleanse every six months, care in choosing restaurants, and cleaning up after exposure to animals.

Unfortunately, most conventional doctors are not trained in the treatment of parasites. It is only when parasites are visually seen that American doctors will suspect them, which requires a horrific case.

There are many symptoms of parasites that people express in daily life, believing that these are completely normal. While sickness has become normal in the modern lifestyle, it does not have to be.

The amount of damage that can be caused by parasites is virtually limitless, because many are small enough to travel anywhere in the body through the bloodstream. They exist by robbing the body of nutrients.

Parasites are the root cause of Lupus, with all other symptoms being secondary to the parasitic infection. Therefore, Lupus cannot be cured without a parasite cleanse.

Of course, Lupus is said to be just another “incurable disease” and an “autoimmune disorder,” according to the conventional doctors.

If a conventional doctor believes that you have parasites, he will prescribe you an anti-parasitic pharmaceutical. These pharmaceuticals are always toxic, for it is their toxicity that kills parasites.

Thus, swelling of the lymph nodes, hands and feet are common, whilst vision problems, lack of coordination, and convulsions can also occur. Diarrhea is typical with these drugs.

These are the most commonly used natural substances for eliminating parasitic infections:

We would not recommend choosing one of the corporate formulas, since they are usually overpriced and formulated with low concentrations. Unfortunately, it is not possible for us to examine each formula, and evaluate them.

Diatomaceous earth is the best natural anti-parasitic medication. It is actually an all-natural pesticide which does not harm humans or pets. It is believed to kill insects, worms and parasites by dehydrating them.

When used on ants, it usually takes around 20 minutes before they are all dead. One tablespoon of diatomaceous earth taken by an adult once a day for seven days is believed to be extremely effective at killing all parasites.

If you take this route, we advise you to only buy food grade. Industrial diatomaceous earth is used for swimming pool filters, but it has been chemically treated, and this type is not safe to eat. Try to avoid rubbing it onto your hands, as it can have a drying effect upon the skin.

Diatomaceous earth contains heavy metals as part of its mineral content, but it also contains the natural antidote, selenium, which allows otherwise accumulative heavy metals to be flushed from the body. Therefore, it is not really a health concern despite the presence of aluminum and lead.

We recommend taking selenium supplements for a week after discontinuing this treatment to ensure that the body thoroughly flushes all of the heavy metals. Our research indicates that diatomaceous earth is the best overall parasite treatment for humans, because it should likewise kill all microscopic blood-born parasites as well. When using it, be sure to drink plenty of fluids, because it will dehydrate a person considerably.

Wormwood and black walnut hulls are known to kill adult worms, whilst cloves kill worm eggs. Some people use this trio for treating parasites, instead of diatomaceous earth. It is recommended that you take 500 mg. of wormwood and black walnut hulls, whilst taking 1/2 teaspoon of cloves daily for around 14 days. All other herbs mentioned are used in addition to these two core protocols.

As parasites die, they release toxins through their excrement, and from rotting. The most common parasites, the worm type, attempt to escape by burrowing deeper into the intestines, which can cause sharp pains and cramps. Even when dead, the body is still burdened with the task of flushing them out.

This whole process can initially make the person feel sicker than before he started the cleanse, but this is only temporary, and it is a sign that the cleanse is working. While fatigue and grogginess are also to be expected, normal life may be continued, and diarrhea should not occur.

Ensure that you are eating a good, wholesome diet throughout the cleanse to ensure that your immune system is at its strongest.

After the cleanse, you should feel better, have more energy, and experience sickness less often.