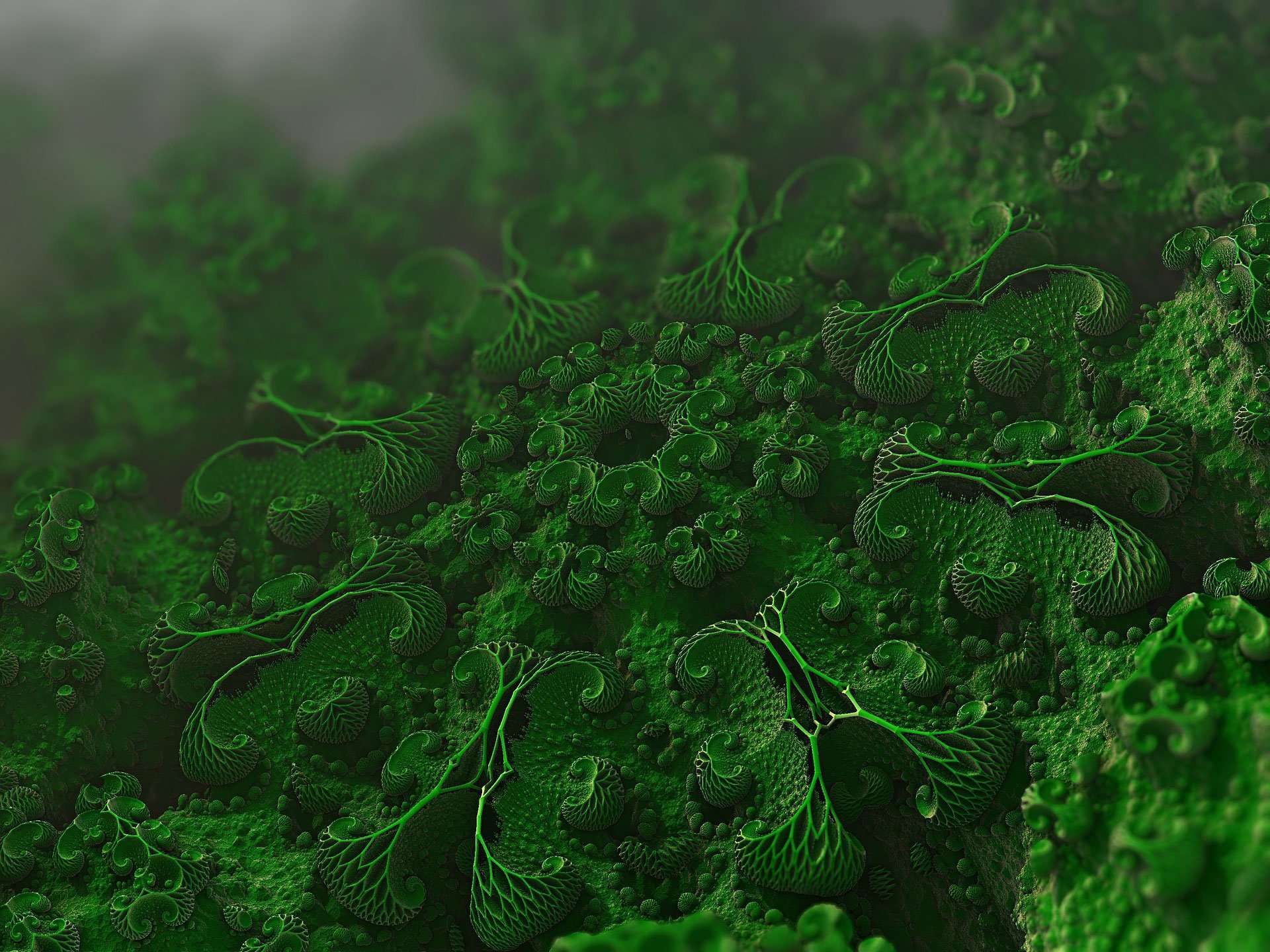 The Secret to Successful Probiotic Replenishment

The probiotics in both Full Circle Flora and Green Cuisine are Soil Based Organisms (SBOs) in a natural base of cultured soil which has been composting for millions of years (a humic earth, deriving from forest or lake bed plants). Within an ancient humate soil over 25,000 microbial varieties are developed naturally over time.

How Many Species of Friendly Bacteria Normally Live in the Human Gut?

About 1,000 species. Compare this to the 2-10 probiotic species commonly found in most probiotic formulas. Intestinal microbiota need to number over 100,000 billion (100 quadrillion) to be most effective. Intestinal flora would then weigh roughly 4 lbs.

Beneficial Microbes in Soil Will Also Live in Your Gut

Modern science, being in its infancy (around 250 years relative to the 5+ billion years of Nature’s product development), is still fixated on a small handful of beneficial bacteria, overlooking the fact that in a natural soil medium billions of microbes exist in each teaspoonful of well composted soil consisting of over 25,000 unique species.

Each species will exist in either a dormant or active phase based on the food source that is dominant within the soil at that moment in time. Any analysis performed would primarily reveal the most active strains at that moment in any noteworthy amounts. Add a new food source to that sample and the active varieties are likely to change accordingly. Once all food sources are consumed, microbes simply go back into dormancy awaiting their next meal.

What you feed your microbes makes all the difference in the world as to which microbes develop in your gut and how fast they populate!

Microbial Balance in the Soil or Intestines and Their Food Sources

Bacteria, fungi, archaea, nematodes and other worms or parasites feed on various food mediums, and on each other, in a way that controls the excessive development of one or the other when certain food sources are diminished to critical levels. Some then go into dormancy to wait for the arrival of their preferred food source while others feed on the existing food source, then die back to a dormant state when the food source is totally consumed.

The truth is, every herb, soil, clay, seaweed, oil, fruit and food, when composted (in the soil, or in your intestines), produces its own group of bacteria, fungi, archaea, etc. of such variety that it astounds even the most diligent scientists.

Humates Protect the Soil Based Organisms

The reason soil based organisms (SBOs) became popular was not because they contained 5 or 10 of the most scientifically documented strains of friendly bacteria, but because they contained thousands of strains which were more powerful at repopulating the intestines after the use of antibiotics than the scientifically chosen few, and because the humate itself protects the few strains that are added to the probiotic formula.

Humate derived from ancient forests buried under the earth for millions of years, also known as humic/fulvic earth, provides a level of protection for probiotic strains. They survive stomach acids and do not require refrigeration.

Most of the microbes remain in a dormant state within the humate until awoken by moisture and a food source to their liking. High in minerals, the humic/fulvic earth (humate), when brought to life by moisture or food, becomes a food source for the pros that are already resident within the humate, as well as for any additional probiotics added after the fact (such as what is commonly found in probiotic formulas).

If you are going to start with a nearly clean slate after a round of antibiotics or a health crisis, it is important to stock up on thousands of varieties at once from earthen sources (assuming you prefer the fastest and best results). The few strains which are most popular with the scientific community simply won’t cut it. They can be helpful, but are not enough.

They also need to be protected by an earthen base to preserve their viability over time. Prebiotics in combination with the pros add additional speed to their repopulation of your intestines. This is, in a nutshell, why such popular programs do not work very well.

In order to emphasize specific strains of greatest importance to the human biome (and to select strains that do not compete with each other in the digestive tract), the following probiotics have been added to our Full Circle Flora along with humic/fulvic earth and several herbal & clay prebiotics:

Full Circle Flora with its SBOs, both naturally occurring in the humate and in the added species, does not have to be refrigerated.

Probiotic formulations that have to be refrigerated have limited life spans and do not survive the stomach environment as well. SBOs, protected by hamates, survive just fine. The humic/fulvic earth itself provides additional benefits for human health in areas of mineral nutrition and detoxification.

Commercial versions of soil based organisms are based on soil – like the soil you would get under your fingernails when you dig in your organically grown, well composted garden bed, or what you might get from unwashed produce eaten straight from your own garden. Garden soils, clays, milk, and organic herbs & food (especially when fermented) are Nature’s way of helping us repopulate our intestines with probiotics.

It is true that the commercial strains of SBOs are first derived from soils, and then grown individually in a culturing environment. Those combined with humates end up being better preserved as they either sit on the shelf, and/or transit through the digestive tract.

The Importance of Prebiotics (Food for the Pros)

Humates naturally contain dormant probiotics, often supplemented by popularly known and researched strains so as to make them dominant. When a variety of herbs, roots, and/or prebiotic food sources for the pros are added to a humate/probiotic formula along with moisture, the pros are awoken from their dormant state, only to find breakfast near at hand. Thus their replication begins. For as long as their favored food sources remain, they will continue to multiply.

Here is a list of a few known prebiotics (many of which are contained in the Full Circle Flora formula):

The challenge we face in today’s backward, “modern” society lies in the types of food & food combinations we typically eat.

As a general rule the average American, as well as the average health proponent, consumes foods which overwhelm the body with sugars, fruits, starches & grains, often coupled with meats, nuts, oils or fats, which then promote fungal overgrowth and interfere with sugar metabolism, digestion, and other metabolic processes. In many instances, it is the food combinations that do more harm than the foods by themselves.

Due to our population’s generally poor digestion (triggered by prior antibiotic use and a generally poor diet), even good health foods can go undigested. Undigested foods cause the pathogenic fungus, bacteria and parasites to develop.

Why? Because they are being fed their favorite food sources more so than the friendlies are being fed theirs. Certain undigested, chemically laden, genetically modified or artificial foods, grains, meats, fruits and rancid oils & nuts generate their own species of pathogens designed to digest the putrefying foods (which are often sitting in an anaerobic (oxygen starved) intestinal environment.

Such diets and food combinations overwhelmingly feed the fungal yeasts and pathogenic bacteria or viruses and thereby promote disease in the body. Until those harmful food sources or excesses have been consumed or broken down, the pathogens will continue to multiply. If they get the upper hand to an extreme degree, the body ceases to function properly.

Feed the friendly bacteria (SBO probiotics) with their favored food sources (prebiotics) more than the pathogens, and the shift toward improved digestion & greater health naturally follows.

Pathogenic microbes and parasites are not really the bad guys, they are simply doing their job of eating the certain kinds of food which are special to their nature. When such foods or destructive food combinations are your primary food source, the pathogenic versions get out of hand.

Yet, when that food source is no longer provided to the body they will naturally die back to normal background levels to await their next meal. Meanwhile, however, as long as they are being fed, the pathogenic microbes, being in the majority, will also munch on the friendly bacteria which are starving for their own preferred food sources (the good foods).

The Secret to a Successful Probiotic Replenishment Program

Replenishing probiotic supplies in the intestines are dependent on three primary factors:

Given that probiotics are lost:

It has become necessary to supplement with a quality soil based organism formula to keep ahead of the backward motion caused by our modern living. Food alone, due to the high risk of poor food combining, even in the best of the health food diets, is simply not enough in today’s world to stay ahead of the depopulation influences going on in our guts.

So, what is the best kind of a probiotic replenishment program?

Thus our Full Circle Flora and Green Cuisine are two of the best resources I know of for repopulating the intestines with friendly bacteria.

Of course, such a program is also dependent on a wise choice of foods, food combining practices, and herbal supplements that support digestive health (like Enzymes for Life) for best results.

All the best of health & success.

Enjoy the simple gifts of Nature.